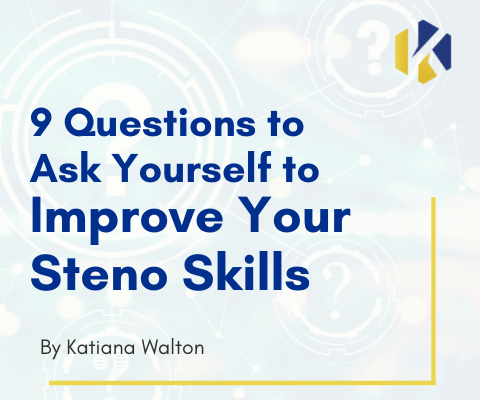 9 Questions To Ask Yourself To Improve Your Steno Skills 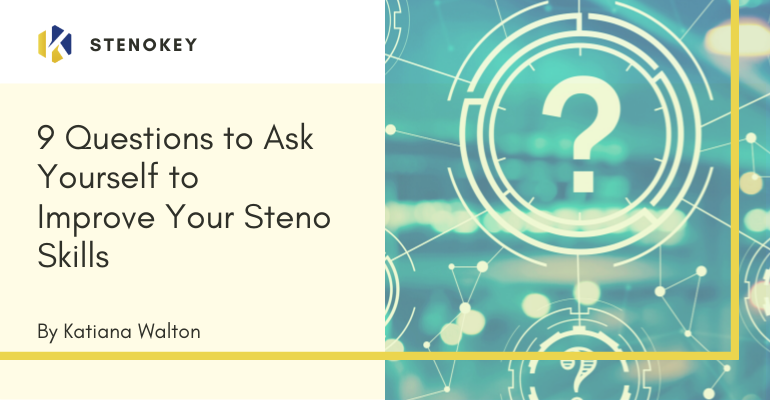 Here are a few questions to ask yourself at the end of each dictation or when you find yourself struggling in a chapter.
READ MORE 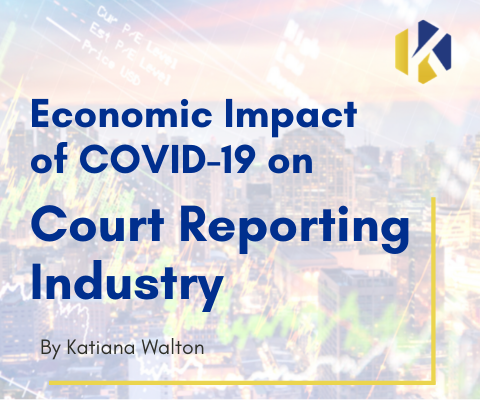 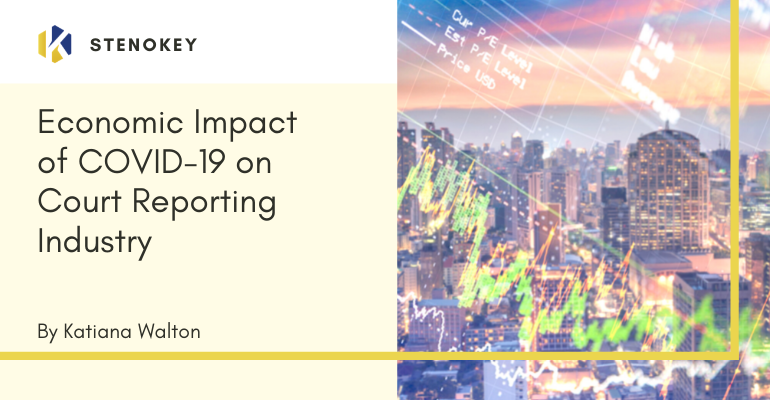 With all that’s happened in 2020 with the pandemic and millions of people around the world losing their jobs, it’s hard to imagine many bright spots coming out of it. However, the dramatic effect that the Coronavirus caused the economy will result in more demand for court reporters. Mortgage defaults, bankruptcy, lawsuits, you name it. Although the result of the pandemic will hurt most of the population, court reporters are going to enjoy the uptick in demand. Here are seven reasons why court reporters will be in higher demand in 2021 and 2022.

Due to the pandemic wiping out the jobs of millions of hardworking Americans, it makes it harder for them to keep up with their mortgage payments. Due to the Coronavirus pandemic, which is still plaguing us in 2021, overall delinquency rates in every state has experienced an annual uptick.

Even with temporary foreclosure bans and stimulus, we are still going to see many foreclosures, especially on commercial real estate that features many small businesses and brick-and-mortar shops. Highly dense metropolitan areas, such as New York, Chicago, and Washington D.C., are also expected to see an uptick in delinquency rates and future foreclosures. This means that court reporters currently already working in any of those cities are going to see a lot more opportunity to produce transcripts for these types of disputes. It also gives court reporters that aren’t currently living in the city another reason to move.

Due to the huge decreases in consumer demand coupled with lockdown restrictions, many large companies were forced into bankruptcy. Many of these companies were already struggling before the virus, but now are forced to downsize and pay back their debts. Hundreds of companies in the United States were forced to file for bankruptcy, but that doesn’t even include the mom and pop shops forced into permanent closure. Many of the small businesses are being propped up by government aid right now, but with the stimulus to come to an eventual end as the federal reserve takes inflation into account, expect to see many more small business bankruptcies in the near future.

Similar to the situation with foreclosures, the government can only delay the effects of the pandemic for so long before people start filing into the courts. As a court reporter, this means that you can expect a whole lot more work come 2022.

With the US government giving out stimulus checks to increase consumer demands, many different scams have popped up in order to steal your checks. Fake e-mails, websites, and companies are targeting millions of Americans and some even pose as being government officials. Even worse, there’s been more and more companies that claim to sell the cure to Coronavirus. Get-rich-quick schemes have also been on the rise with the hope of enticing the millions of people who have lost their jobs. Both types of scams are sure to be put under more scrutiny as time passes, and you can be sure to expect many of the individuals behind these schemes at your local courthouse.

While the majority of the population is allowed to stay at home, some essential workers are still forced to go to work each day. Although most companies provide their workers with the essential protection and safety needed during times like this, not all are perfect. Lack of personal protective equipment, commonly referred to as “PPE,” poor sanitization, and overcrowded rooms are leading workers to become unhappy with their working conditions and in turn protest their company’s treatment. Because of incidents like this, many companies have elected to lawyer up and create a legal forcefield so that complaints are kept at a minimum and things don’t get too intense.

However, there’s still been an overall increase in the amount of businesses taken to court because of worker treatment and ethical disputes, leading to more court cases and, of course, increased demand for court reporters. Although workplace controversy won’t have a lasting impact on demand, it’s definitely an issue that could persist for the rest of 2021 and maybe even stretch until 2023, as workers may choose to hold off their accusations in order to keep their jobs for the time being.

The sad reality of the pandemic has been that many Americans have died of the virus, and with that they leave their will and estate to their family members. However, the Coronavirus happened so suddenly, and many Americans didn’t exactly see such a terrible thing happening so soon. This means that older citizens might’ve died prematurely and never officially signed off their will and estates to someone. This means that the family members and close friends of those taken by the Coronavirus will be forced to dispute their positions in court. Until a cure is found, more Americans will fall victim to the virus, leaving their wills to be argued in court. As a court reporter, this means more work available for you and opportunity to build up your own estate.

With the loss of jobs resulting from the pandemic, some people have lost their only source of income, and so they’ve elected to turn to crime in order to put food on the table. Although official data suggests that crimes such as burglaries have gone down, the government can’t track the exact amount of people that have turned to selling guns and drugs in order to survive. People have also been forced to counterfeit checks and such in order to buy necessities. Sadly, the virus will turn some individuals to a life of crime and their actions now will surely result in a court case.

The pandemic lockdowns have also shown some couples that they aren’t exactly made for each other. The aftermath of the pandemic resulted in skyrocketing divorce rates in China and the same could happen in the US. As couples start seeing each other 24/7 and start getting really agitated by each other, daily arguments could turn to bigger fights, ultimately resulting in a divorce. Couples can also get ensued in a custody battle if they happened to have kids. This means that you can expect the divorce rates and custody disputes to increase for the next little while, meaning more work for the court reporter in family court.

The pandemic has affected the income of many individuals. If this is true for a person who was receiving or paying alimony or child support, you can expect a court hearing to have the amount of support modified. Even if the state doesn’t have automatic transcript orders, these transcripts typically get ordered. This means more work and money for court reporters.

In the most serious cases, tensions can lead to violence, and 2020 saw a 9% increase in outreach to the National Domestic Violence Hotline compared to the same period last year.

Overall, 2020 hasn’t exactly had the best moments. Many negatives can be said about last year, but the aftereffects of the pandemic could have some positives for court reporters. Whether you’re deciding as to whether or not to become a court reporter or already in steno school, in the near future demand for court reporters will spike and you don’t want to be the one that misses out on all the opportunities. Graduate from stenography school now and become a part of the minority that benefit from the Coronavirus pandemic.